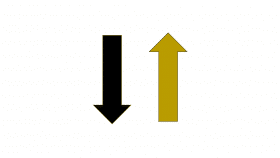 One of the factors that has driven both marina use and boat sales is the demographic shift in the US from COVID. Most marinas are in suburban and rural markets. Over the last 18 months, however, there has been a flight of people from big cities to less densely populated areas less prone to protests and the associated looting that came from it. The boating industry has benefited greatly from this wave of people buying second homes, vacation homes, bucket list homes and retirement homes by their boats. Boaters are or can be closer to their boats and use them more, versus less frequently when they lived hours or even states away.

The good news is as of the end of May 2021, 49.9% of the US is vaccinated, business is moving again and states like Florida and Texas are easing restrictions. This also means people are scheduling vacations to boating destinations, further adding to the use of marinas for slips and racks, boat rentals, and restaurant/dining facilities.

The industry does not yet obtain actual data from a cross section of marina owners on occupancy, rates and revenue numbers, so we deferred to the Marina Dock Age survey of marina respondents to occupancy.

Based on another survey by Marina Dock Age shows that half of marinas across the country have increased their slip rates while the other half kept them the same. Breaking down by region, marinas in the West and Midwest are much more likely to have increased their slip fees (73% and 71.4%, respectively) than those in the Northeast (44%) and South (42%). Small marinas held steady on their slip rates (64%), than large marinas at (34%).

The National Marine Manufacturers Association (NMMA) reports that retail unit sales of new powerboats in the U.S. increased last year by an estimated 12% compared to 2019. More than 310,000 new powerboats were sold in 2020, levels the recreational boating industry has not seen since before the Great Recession in 2008. Three boat categories drove sales in 2020: Personal Watercraft (including Jet Ski’s, Sea-Doos and Wave Runners) up 8%, Wake Boats up 20% and Freshwater Fishing and Pontoon Boats up 12%. A significant percentage of these new boat owners will rely on marinas to store their boat year-round/for the season, further driving demand and putting pressure on owners to raise slip and rack rates.

Another source, Soundings Trade Only, states that the industry was poised to exceed 300,000 units for the first time since the Great Recession after seeing strong gains continue through November. Preliminary data from 33 states, accounting for more than 65 percent of the U.S. market, showed boat registrations in the main powerboat segments rose 8% year to date and more than 32% versus November 2019, according to Statistical Surveys, a Michigan firm that tracks new-boat registrations. Registrations were up more than 28 percent year over year in the main powerboat categories, and almost 12 percent year to date.

Boat sales are expected to remain at historic levels in 2021 as manufacturers continue to fill a backlog of orders from 2020. Annual U.S. sales of boats, marine products and services are estimated to total $47 billion in 2020, up 9% from 2019.

There are approximately 11,500 US marinas with an estimated $18 Billion economic impact which supports an estimated 105,000 full and part-time/seasonal jobs. Why aren’t there more marinas? It is very difficult to build a marina because of environmental concerns, governmental concerns and lack of locations conducive to marinas (depth, access, availability). So compared to just about every other commercial real estate asset class, the barriers to entry are the highest in the marina industry.

The reason we discuss supply and demand is because these factors influence marina values. For FY 2020, we recorded 71 single-asset transactions reported. The number of transactions is down some from 2017-2019 slightly. (That is understandable as we had four of our properties under contract terminated by the buyers, during the lockdown because they couldn’t perform due diligence.)

For about four months, very few transactions occurred unless deals were contingent-free with hard deposits, as you could not get inspectors to  the property to perform due diligence, and/or buyers could not travel to see the assets. However, overall transaction volume was about equal to a year prior, with gains in the average sale price by 9.41% to $4,374,108 from FY 2019. The median price also increased from FY 2019, to $3,200,000.

In both commercial real estate and residential real estate, the median is considered the better indicator of value versus the average which can be affected by lots of small sales or a few large ones. We would expect to see these price increases continue in 2021, as we should continue to have more buyers who are not currently in the industry jump in. We have new buyers calling us frequently to discuss the industry airspace after they have read our Marina Investment Report, or were referred to us.

Lending was available in 2020 and the first half of this year, but not widely as PPP processing swamped the SBA lenders where many marina loans are approved. The Fed has kept rates near zero through the time of this writing, as the economy improves (see Figure 3). We expect the Fed to keep rates near zero for at least the next two years. Even with the increasing likelihood of COVID-19 vaccines boosting activity in 2021, there will still be significant slack in the economy and labor market by the end of the year.

Because of this, the Fed will avoid tightening policy prematurely and risk a repeat of the 2013 “temper tantrum,” which saw a surge in Treasury yields after the Fed communicated it would reduce the pace of its asset purchase program, according to Edward Jones. Under its recently updated policy framework, the Fed will tolerate above-target inflation to make up for earlier shortfalls. We believe the lenders in the marina airspace are getting more comfortable with marinas and there will be more options in the second half of 2021.