Why Use a Broker? 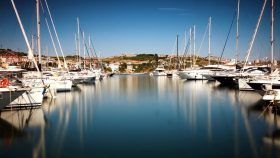 Why should you use a broker when you decide to sell your marina? We are a nation of do-it-yourselfers.  Nowhere is the do-it-yourself (“DIY”) phenomenon more evident than in the home improvement market where Joe Homeowner decides to tile his bathroom, build a deck, or install new fixtures without a contractor.  Whole television shows have been built around the DIY movement.  While self-satisfaction of a job done right is one of the driving forces, the real key motivators for many homeowners is saving money and maintaining control of the remodeling process.

Marina owners as a rule are a self-reliant, entrepreneurial bunch.  So, it is no surprise that some owners take a DIY approach to selling their property rather than retaining a marina broker to market it for them and represent them in the process.  In general, the DIY approach means selling the marina to someone who has approached them with what they think is a good price.  The motivations are very similar to that of the DIY homeowner.  Unfortunately, based on conversations that we have had with marina owners who have tried to sell their marina by themselves, the result is often money left on the table or, just as bad, transaction that does not close at all.  Many express regret not having used a marina broker.

When a marina owner tries to sell his marina directly to one buyer he ignores the fact that buyers have an opposing interest in purchasing the marina at a favorable price to them and under their terms.  Most significantly, a direct sale removes an important element of the process; the threat of losing the marina to competition.

So, why use a broker?

When we market a marina for sale it is a signal to prospective buyers that they are in a competitive situation and need to put their best foot forward when making an offer.  This reflects the fact that when we take on an assignment to sell a marina on behalf of an owner, several important results occur that answer the question, “Why use a broker?”:

By creating a competitive marketplace for your marina we are able to deliver the best price, best terms, and certainty of actually closing.